11 things to do during October Half Term in North Devon

North Devon is a hub of activity all year round, as locals and visitors alike enjoy the wonderful beaches, the countryside scenery, all the attractions and the range of things there are to do.

1. Learn to surf with Walking on Waves Surf School at Saunton Sands

Because saying you learnt to surf during the holidays is great at any age.

With Walking on Waves Surf School those who have never surfed before, or those who are still new to the sport, will be in safe hands with Sarah and her team. North Devon is the ideal place to learn, and Saunton Sands is one of the best and safest places to surf in the South West. So why not do it during October Half Term?

Enjoy private lessons as a family, or let the little ones join a group taught by professionals in the shallow waves. Whatever the setup, everyone will be given wetsuits and equipment.

Park Hotel guests receive up to 30% off lesson prices! 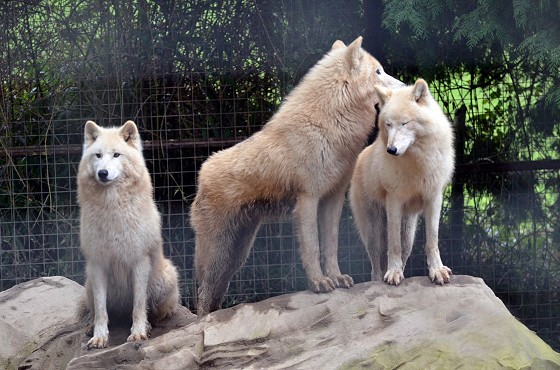 The whole family will love the feeding, the educational talks and all the fun and games of this attraction that is also filled with electronic dinosaurs lurking in the bushes! We highly recommend catching the sea-lion show for the humorous display and a chance to be photographed with the beautiful animals.

Visit during October Half Term for a Halloween twist, and join the spooky trails to find the delicious treats. Will you dare enter the terrifying underground tomb?

3. Get a Halloween scare at Watermouth Castle 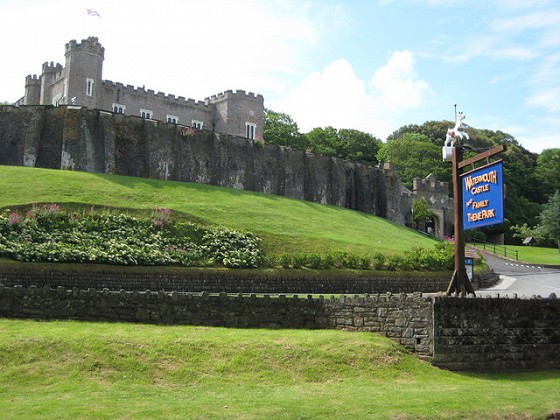 Watermouth Castle is a family theme park and historical castle found by the sea in North Devon. Upon entry, guests can learn about the history of the castle and are guided through the dungeons to see the mysterious surprises waiting underground - perfect for Haloween!

Once out into the castle grounds everything becomes cheery, bright, playful and fun-filled as this attraction suites all ages. There’s rides for all, lots of fun and games, exciting play elements and memorabilia too.

Highlights include Adventure Land - with a Thunder Luge Toboggan Run, Gnome Land and a grand water show. Basically, everything needed for a fun day out the kids will love!

4. Enjoy all RHS Gardens Rosemoor has to offer 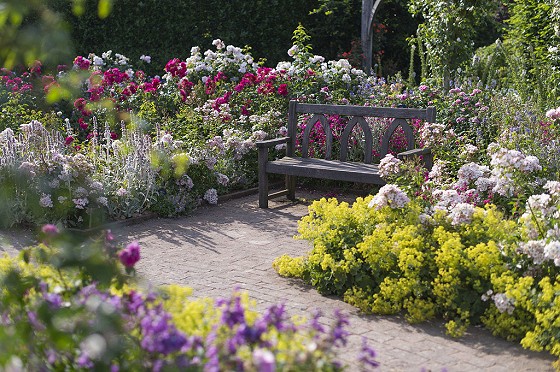 At RHS Gardens Rosemoor, you can enjoy 65-acres of beautifully planted flower beds, set within a pretty wooded valley. Around every corner, there's a lovely surprise and the gardens are home to plants from around the world.

Whatever time of year you visit, the gardens are a sight to behold, but the autumn colours during October Half Term make it an extra special time to visit.

Highlights include an original Stone Garden, a romantic Cottage Garden, a Fruit and Vegetable Garden, a classic Woodland Garden, plus a stream and rock gully - a dramatic mini-landscape with a distinct atmosphere.

There are many garden strolls and hidden treats to find, that need to be seen to be believed.

Bring the family to Rosemoor to see nature at its best - plus you can gift hunt in their unique shop, dine in the award-winning restaurant and take part in an array of events.

On the 20th and 21st October, they’ve got an Autumn Antiques Fair with carefully selected stallholders from across the South West - a wonderful opportunity to pick up something unique. On the 23rd October is a talk on Lime Kiln and the Rolle Canal - a chance to take a look at Rosemoor's lime kiln, following a talk about the Rolle Canal, its history and how the kiln was used.

Finally, on the 26th and 27th October, young ones can discover Room on a Broom - a free interactive workshop and film event with pumpkin carving too. Halloween fancy dress is optional for both adults and children.

5. Visit Quince Honey Farm for a family day out 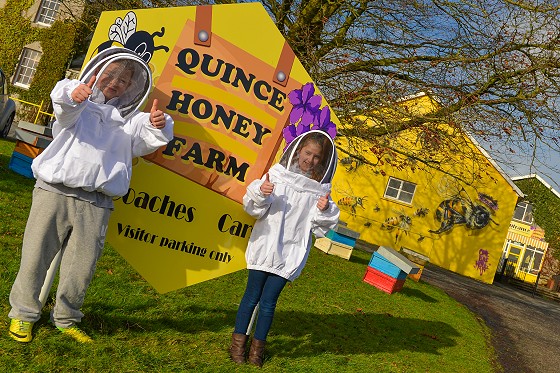 Featuring the exciting Bee World, Quince Honey Farm is the closest you can get to bees without protective clothing before leaving with delicious honey.

Bee World is an experience for all ages, where you can explore the close-up exhibition of active bee colonies. Children will love pressing interactive buttons to see inside the hives and will want to use magnifying glasses to watch the bees closely!

In a safe and controlled environment, children (and adults) will learn to appreciate and respect bees, instead of fearing them.

You’ll get an intimate view of honeybee society, with 18 colonies to observe and millions of bees flying in and out of their hives. This is also where you will see the behind the scenes honey production areas as you take the journey from hive to jar.

It is also possible to have a full beekeeper experience, and other activities include guided tours, candle rolling and honey tasting. There’s also a Critter Cabin with a wide variety of snakes, turtles, stick insects and spiders! Plus the Play Hive is an indoor play area for little ones to run, bounce and climb. 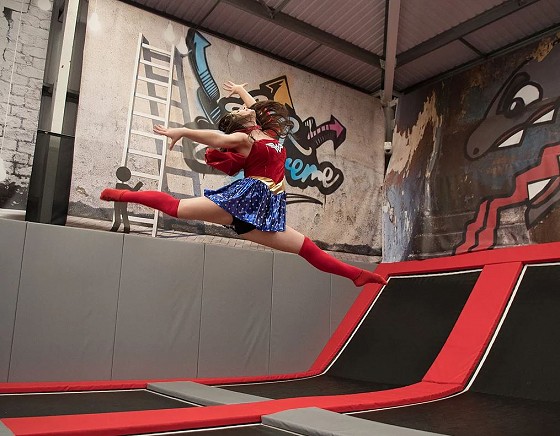 Air Extreme, in Barnstaple, is a trampoline filled centre of fun, where guests can bounce, bounce and bounce some more.

Extreme Jump Sessions include the use of 8 adrenaline-filled activities that will fill the whole family with happiness during the October Half Term.

Activities such as the Battle Beam, Performance Trampolines, Free Style Bouncing, Dodgeball and Airball - so there's something for everyone.

By booking a set session in advance, you get your own time on the trampolines, for as much space and fun as possible. Safety is paramount so staff parole the trampolines, offering advice and tips. There’s also a cafe to recharge.

To celebrate Halloween they will be holding special sessions during Half Term. Sibling Disco sessions and Twilight Disco hours will be taking place, where everyone is encouraged to bounce in fancy dress, with prizes for the best!

The Exmoor Beast is a famous black cat said to roam Exmoor National Park, a region in North Devon and Somerset. The moorlands, rolling hills and jagged cliffs make it a spooky setting for such a creature. The large cat has had many apparent sightings and is said to have tormented farmers and cattle over decades. One theory is that a wealthy animal owner released a range of illegal animals onto Exmoor - and the black cat survived!

Exmoor Zoo, in North Devon, has played on the Exmoor Beast story, branding themselves as owning the beast itself - the black leopard! In fact the zoo has the only pair of black leopards on exhibit in the UK!

They are also the home of cheetahs, wolves, African wild dogs, wallabies, lynx, singing dogs, reindeer, a great number of monkeys, a wide range of birds of all sizes and types, snakes, tortoise, reptiles, bugs and much more!

Talks and feeds take place from 10.30am to 4.30pm every day so the whole family can learn about many of the animals from the enthusiastic staff.

Then for Half Term, they will be embracing Halloween with a Spook-tacular event, with an additional education dungeon, extra quizzes at the talks, and children in fancy dress receive half-priced entry! 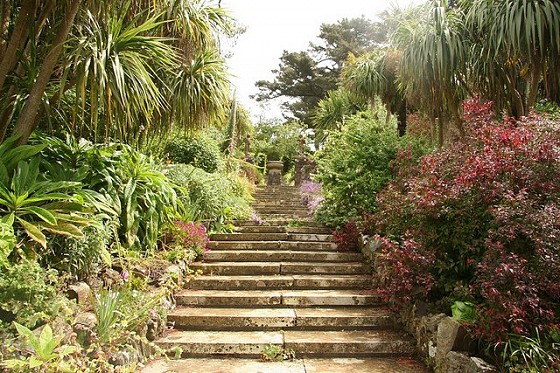 The same family have owned Tapely Park Gardens for almost 300 years. The grand house sits on top of the hill, so its grounds have stunning views over the Torridge estuary, where it’s possible to see Lundy Island and Saunton Sands beach.

Entry is for the grounds and gardens only, but with the house in the background, there are many beautiful sights, flowerbeds, plants and photo-worthy scenes to take in.

The Italian garden and the wonderful borders are home to very rare plants grown successfully due to the microclimate. Meanwhile, the walled kitchen garden produces organic vegetables and fruit for the Tea Rooms for use in tasty meals, which you can purchase. The Permaculture Garden also continues to grow from strength to strength and is a delight to visit.

Make sure you explore in order to visit a lake with massive Thuja Plicata trees and a Granite Labyrinth too.

9. Enjoy an ‘out of this world’ family trip to The Milky Way 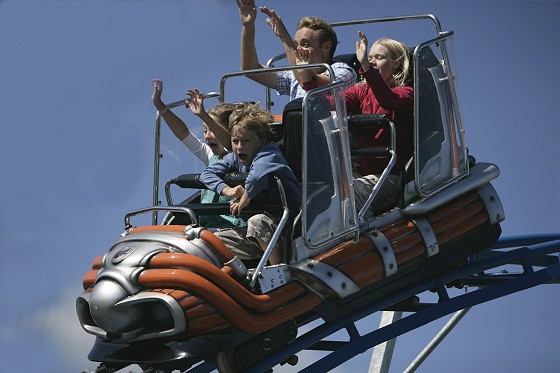 At The Milky Way Adventure Park the whole family will enjoy a great day out during October Half Term. This top North Devon attraction has been awarded Trip Advisor’s Travellers Choice award 4 years in a row.

A wide range of indoor and outdoor facilities mean there is something for everyone. From the rollercoaster to the giant indoor play area, spend the whole day however you wish. Dodge and crash on the dodgems, fly down the slides, get a fun freight in the Clone Zone, watch a bird of prey display - whatever takes your fancy.

On top of a whole day of fun, there will be Halloween themed events too during Half Term. Their Hocus Pocus week brings in a School For Witches and Wizards – and fancy dress of course! It’s all included in the entry fee.

10. Embrace Halloween and family fun at The Big Sheep 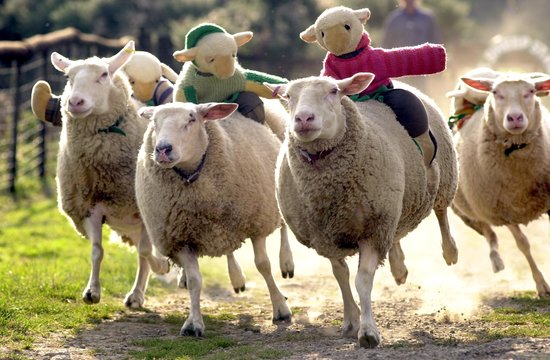 Another top-notch attraction in North Devon is The Big Sheep where a fun and unique day out awaits for all the family.

For their Halloween Festival, they are having a Fun by Day/Scary by Night Half Term week!

From the 20th to 28th October the family days will be filled with fun and laughter in the form of a haunted house, spooky farm and haunted hayride. Guests are invited to arrive in fancy dress.

Then by night, the freights becoming real in the Field of Screams! With scare actors, pyrotechnics and special effects the scares are designed for older children and adults who feel brave enough. Book tickets online.

All of this is on top of the standard attractions, where rides, play zones and entertainment await. Being called The Big Sheep, expect to see sheep racing, sheep shows and a range of other adorable animals too! From ball pits for the toddlers and a gin bar for the adults, the park ticks every box!

11. Enjoy everything The Park Hotel and Barnstaple has to offer 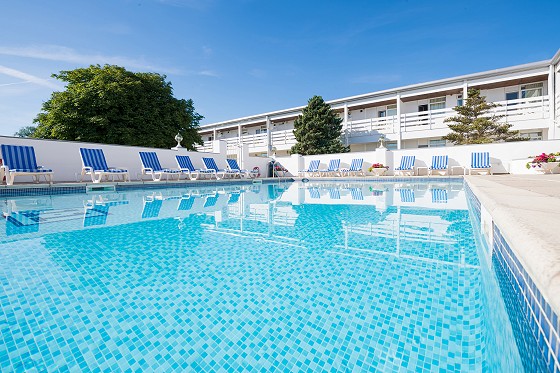 Finally, our own hotel is an ideal place to relax and unwind during a busy week.

As a guest of The Park, you can make the most of the indoor swimming pool and leisure facilities of our sister hotel, The Barnstaple Hotel - their outdoor pool will be open throughout October too if the weather is warm enough.

For those staying with us over October Half Term, rest weary heads in your well-equipped bedroom.

You can also benefit from The Barnstaple Collection, in which you receive food and drink discounts at all the Brend Hotel properties in Barnstaple.

Looking to book a room? Visit our Offers Page for our latest deals this October - or any time of year.

We hope you’ve enjoyed our 11 things to do during October Half Term in North Devon guide and that it’s provided inspiration for your breaks. If you have any questions, phone us on 01271 372166 or contact us via Facebook, Twitter or Instagram.

More things to do in North Devon

For a perfect Half Term break

10 reasons to book direct with us! 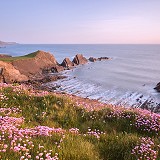 Bed & Breakfast from £87 per person per night | Escape to North Devon on a summer break and experience a luxury stay at The Park. Click here to find out more.